The Naval Sea Cadet Corps was established by the Navy League of the U.S. in 1958, federally chartered on Sept. 10, 1962, and is the premier youth development program of the Navy League. Wearing the Navy uniform, modified, with support from the Navy and Coast Guard, the Sea Cadet program is designed for youth 13 through 17 years of age and the League Cadets from 11 through 13. The goals of the programs are:

Details on the programs may be found at their web site www.seacadets.org.

The Massachusetts Bay Council provides support, recognition and awards to the following units in Eastern Massachusetts, including some financial aid, awards for the annual NSCC Region Swim Meet and Youth Medals to outstanding Cadets. Those units with asterisks* are sponsored or co-sponsored  by the council.

Submit your change of address or e-mail to the Webmaster. 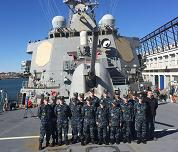 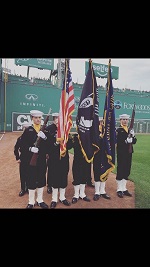